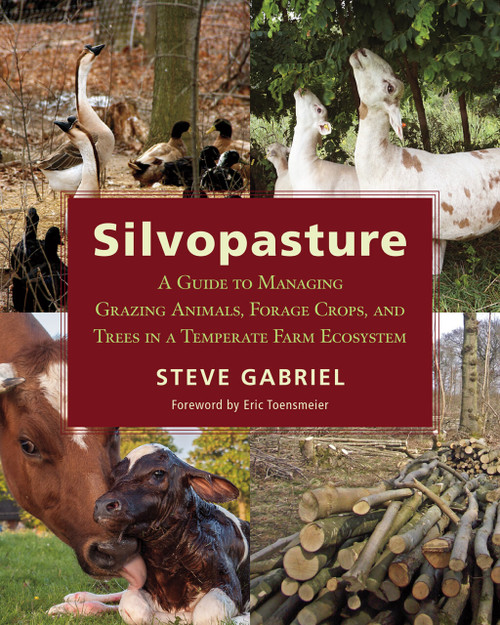 The concept of silvopasture challenges our notions of both modern agriculture and land use. For centuries, European settlers of North America have engaged in practices that separate the field from the forest, and even the food from the animal. Silvopasture systems integrate trees, animals, and forages in a whole-system approach that offers a number of benefits to the farmer and the environment. Such a system not only offers the promise of ecological regeneration of the land, but also an economical livelihood and even the ability to farm extensively while buffering the effects of a changing climate: increased rainfall, longer droughts, and more intense storm events.

Silvopasture, however, involves more than just allowing animals into the woodlot. It is intentional, steeped in careful observation skills and flexible to the dynamics of such a complex ecology. It requires a farmer who understands grassland ecology, forestry, and animal husbandry. The farmer needn’t be an expert in all of these disciplines, but familiar enough with them to make decisions on a wide variety of time scales. A silvopasture system will inevitably look different from year to year, and careful design coupled with creativity and visioning for the future are all part of the equation.

In this book, farmer Steve Gabriel offers examples of diverse current systems that include:

All of these examples share common goals, components, and philosophies. The systems may take several years to establish, but the long-term benefits include healthier animals and soils, greater yields, and the capacity to sequester atmospheric carbon better than forests or grasslands alone.

For all these reasons and more, Silvopasture offers farmers an innovative and ecological alternative to conventional grazing practice.

Farming the Woods: An Integrated Permaculture Approach to Growing Food and Medicinals in Temperate Forests by Ken Mudge and Steve Gabriel

The Lean Farm Guide to Growing Vegetables by Ben Hartman

The Apple Grower: Guide for the Organic Orchardist, 2nd Edition by Michael Phillips